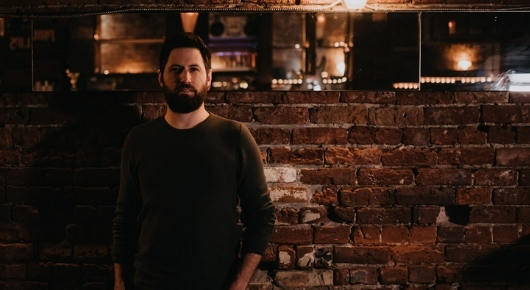 Darkest Horse?s Jon Reid has always found comfort in music. Turning his inward experiences of life and love outward, he invites his audience to take solace from the complexities of their hearts and minds while rejoicing in the growth and beauty that rises by virtue of human experience.

In 1997, a young Reid found his first opportunity to perform music with a 7-piece Celtic Rock band called the Brynns. By 2000, Jon was fronting the alternative band Johnny Galactic where he was able to better express his love of music with albums Are You Happy Now? (2000) and Keep Off The Grass (2013), with lead single Crash Bang landing itself in the top 50 songs played in 2013 on The Zone 91.3. His newest collaboration with Adam Sutherland for the Darkest Horse project has pushed his music in a more produced and polished direction, adding hints of blues and country, with a contemporary indie rock feel.

The Darkest Horse project was sparked by a surge of raw passion following the end of a ten year love tornado. On a rainy January afternoon in 2018, Jon entered the studio of AdamSutherland (Armchair Cynics) in Victoria, BC, armed with 9 songs, a broken heart and a determination to move forward. Together they molded a ?thoughtful and melodic, brooding and celebratory? record. ~Josef Mieto CFUV Radio Victoria. The duo released their debut self-titled album May 19th, 2019 to a sold out crowd at the Rubber Boot Club in Victoria. Their sound, a basic blend of roots and rock, is supplemented by a prominent pop appeal that underlines their affection to The Tragically Hip and Blue Rodeo in addition to expected touchstones like Tom Petty, Bruce Springsteen, and Coldplay. The songs are emotional, the lyrics personal, and the stories relatable. The aptly placed fourth track ?Hindsight? is the backbone of the record, a catchy and melodic reminder that it?s okay to glance back, as long as you are moving forward.

Amidst the global covid-19 pandemic, Jon has been keeping himself sane (or at least trying to) by learning piano, which has added yet another tool to his writing process. He has also been marketing the Darkest Horse album from home by advancing his social media presence, which apparently is not quite as easy as one would think. The many idle days have lent well to the progress of a new album, which he is planning to record in early 2021, with the help of a Factor Canada music grant. 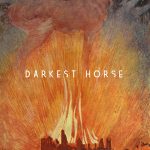